I see that there’s a subcategory here for “Databases and table support”. There’s currently no way of creating those, is there? I assume that’s a feature coming soon/eventually?

I think there is still room for tables that aren’t databases. These wouldn’t have sorting or filtering or anything like that, but they would:

Right now, we can sort-of do this using Anytype’s layout features. However, this is unsuitable for table editing (e.g. deleting a row, tabbing through cells)

Related posts in the Notion subreddit:

@DenizAksimsek You say that existing Anytype block arrangement functions can almost be used for table operations. A thought experiment: what if Anytype added Border options to all Blocks, allowed some kind of tabbing-like navigation between blocks (e.g. Ctrl-Tab?), and implemented a “Delete block column” option?

I think real, simple tables would be a good thing to have, and should not be too hard to implement I think. But I am also curious if any of the above table-like functions would be beneficial to block operations.

I’m a student, and sometimes when I’m taking notes off a digital textbook, I like to copy the tables that they have into my notes. Nothing too crazy, usually 3-4 columns and 2-10 rows (depending on the tables). I would love to be able to import my notes for the classes that necessitate this into Anytype, but currently can’t really do that because of the fact that databases/tables aren’t yet supported. Regardless, I would love to see the feature that @DenizAksimsek outlined!

Having used Notion until quite recently, I do miss creating simple tables that aren’t databases. Nothing too fancy, just mostly to have some info in a different way that is more clear for me. Right now I find myself missing databases/simple tables in Anytype to properly use it as I want to. So yes, I agree with @DenizAksimsek and @Oshyan in these regards

@Oshyan That would probably actually work, with the right keyboard shortcuts! 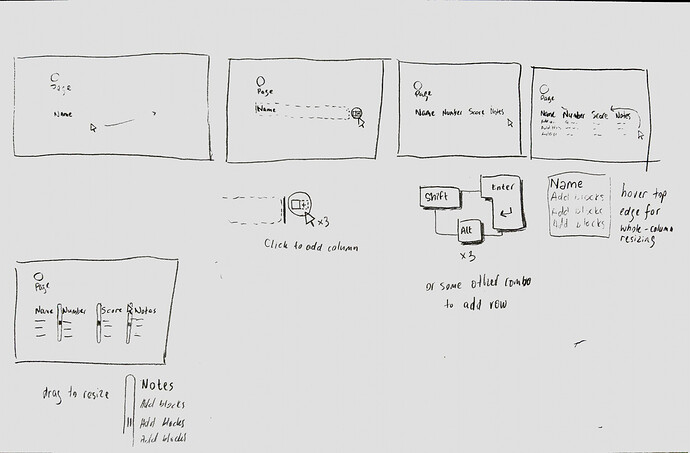 P.S. Web developers used to use tables for layout and now we’re talking about using layout for tables. How the tables have turned

It was mostly just a thought experiment, but may lead to some interesting ideas for layout or tables too…

There is also some functionality for layout creation with tables that I sometimes use where I’ll put some data that I want to keep aligned in a table and then make the table white/make the borders invisible. (Especially useful with making nice clean resumes😀 ). Its a bit of a wacky use case, but @DenizAksimsek reminded me of it.

@laurara Interesting. Would this not be served as well - or better - by just using Anytype block and column structures?

Somewhat unrelated, but I’ve been using the new “Timeline + Calendar + Table/Databases” views in Notion for organizing our studies with my classmates and I found it extremely useful, so much that I’m planning on organizing my year on it. I hope some day we can have something like it on Anytype

@Oshyan Yeah, that also works. I don’t see why you couldn’t implement it that way. I’ve found though, that in tables its way harder to accidentally screw up the formatting of one section based on the behaviour of another (or you’re mistake that you make earlier in the document) because its almost as if its “locked in”. The great thing about the block and column structure is that it is hyper-flexible, but sometimes its more useful to have those restrictions to a theoretical block’s behaviour to make the process easier/faster.

It would be interesting if these tables allowed images as in onenote.

In my work it is very common to do storyboard. 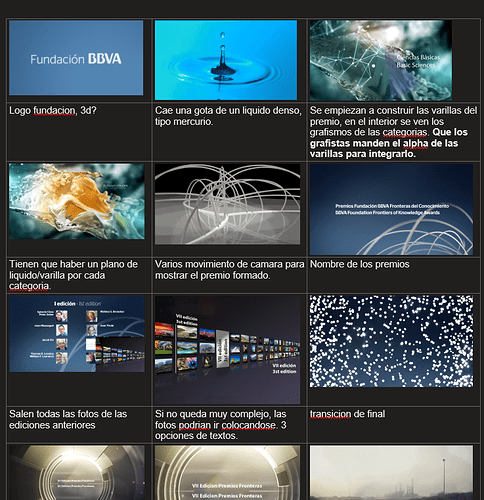 OneNote does simple tables very well and has the following features:

This does not compare to Anytype block structure and I think basic tables could be a great addition to Anytype.

Since Database features have been added, and more “simple table” features are less certain, and the discussion here ended up being more about simple tables than databases, I have renamed this topic to reflect that. I hope you don’t mind @CoreyVidal .

I’ll also mention that this is a related topic, though not necessarily a duplicate:

I consider that one to be more specific to spreadsheet-like features, which is an extension of the more simple aesthetic/layout functions of simple tables.

Is there any plan for the “simple table” block? I think it is still very useful given that the database cannot be embeded in a page.

@atb The initiating feature request post here above has a lot of support, relatively speaking (33 votes at the moment). So I imagine it may well be implemented. If not by the team, then likely once Anytype becomes open source, maybe in a contribution to core, or a plugin. I will also say that because there is a markdown table spec, it becomes (in my view) more likely to be supported.

@atb Simple Tables are in internal build and they look promising. They will roll out in the subsequent releases.