I think compared to the Notion, the line spacing for text styles are not done properly.

Here’s a note comparison between Anytype and Notion: 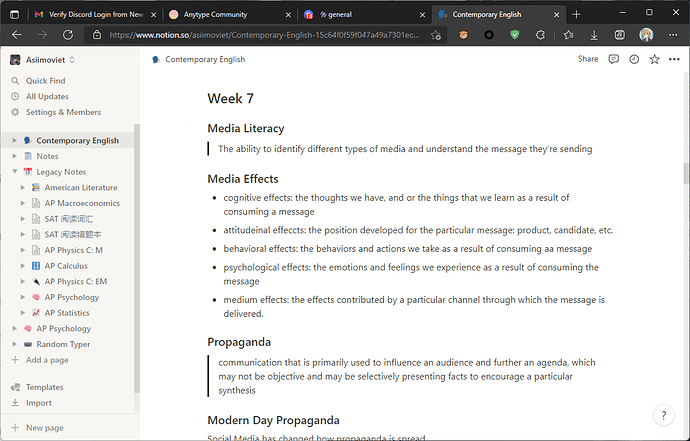 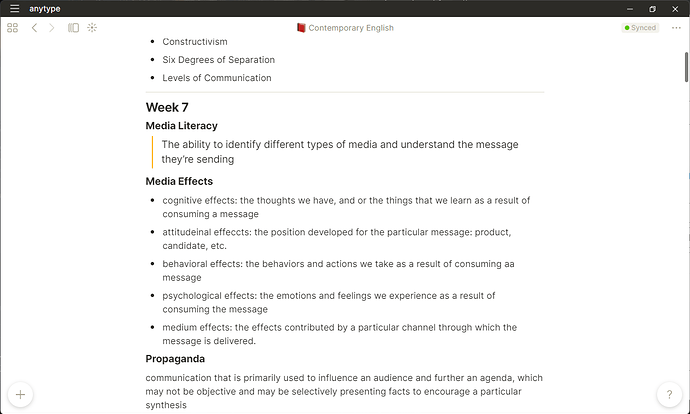 Those different texts seem all stuck together and a little too crowded. I think a little bit of spacing between them like what Notion added would be great for clearity of the page.

But it’s hard to find a style that satisfies most people. So hopefully we’ll get custom CSS soon, so each user can adjust style as they wish.

Is your feature request related to a problem? Please describe. As pretty as Anytype looks, users might prefer different font/element sizes, margin/paddings, colors etc. Describe the solution you’d like Have a Custom CSS code Object/Block, which users can add to (overriding any style). Describe alternatives you’ve considered Ideally it should be possible to edit the CSS directly in Anytype, seeing changes in real-time. If not possible, at least have a folder where user can place their .css …

I absolutely don’t have the same Line Spacing than you

Are you really running Anytype on Windows or is that a Windows theme from another OS?