See screenshot. Front image is open in apple preview, back image is anytype.

For the test, I uploaded a few 4K and 6K image consist of different subject and colour tonal range. My output monitor is the MacBook pro 15 inch, I also tested the 27 inch 5K ultra fine display. The result are the same. Relative size next to each other, the original image opened in apple preview appear way clear than the anytype.
To Reproduce:

A true 1:1 image to the original file

Thank you! let me know if this can be addressed. 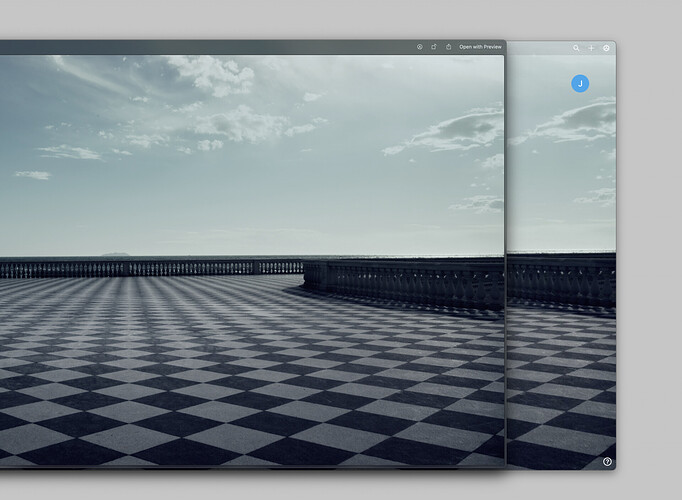 @Mrjackykao Thanks for reporting! We have added the original image file alongside a compressed version, but the update has not been released yet. I will​ keep you updated on​ this thread.

@requilence can this be marked as solved?