When a task is created inside a page, the desktop has checkbox as expected but on android it’s icon of page instead of checkbox

checkbox should appear beside the task name 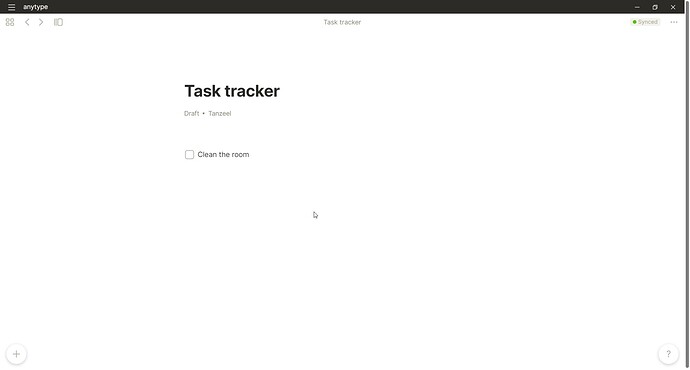 Yep, I can confirm that. Checkbox Icon doesn’t appear on Android.

This also happens when you create a Object Task from Android itself.

@Tanzeel098 The issue itself seems to be resolved on Anytype for Android 0.6.1, but the checkbox that is shown is not toggling if you click it. It is just acting as part of the link to the Task Object. I will mark this topic as solved because the original bug has been fixed. Please report a feature request or bug report (not sure which one is more applicable) for the issue I described.