Sometimes I want to make the following layout for content preview or page navigation, etc. It works well on the desktop, but the effect on the phone is not good, it’s terrible. 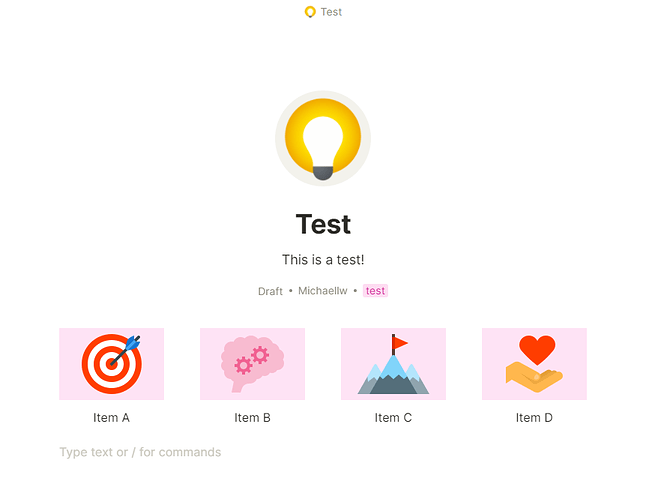 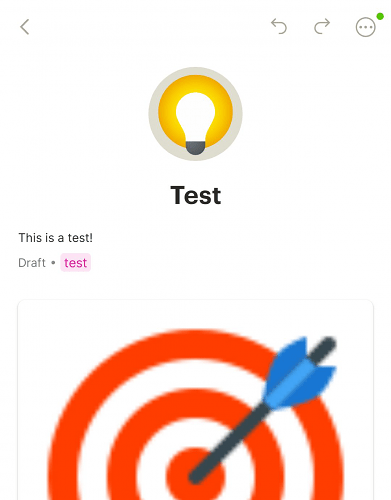 Should support multi-column responsive layout of blocks on mobile phone.

As shown below (Sorry for the poor picture PS level 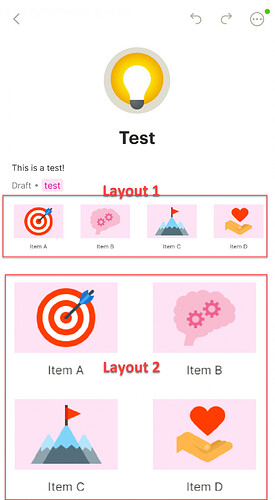 I don’t know if the unreleased “callout” can support this feature in the future.

While I don’t necessarily disagree with this desire, I do think it’s a significant design challenge because I have yet to see a similar block-based app that is multi-column on phones. Notion and Craft are both clear examples, AFAIK. Certainly Notion is (I don’t have an iOS device to verify on Craft, but from what I’ve seen and read in reviews, it does the same conversion of multi-column to single linear column). Do you have any examples to point to that show this working?

and the other one (not video)

Is it possible to add a special block to support add multiple columns in it, and it can be set to smart and or manually responsive layout on mobile phone.

Many websites have a mobile and desktop view. And even on mobile you can often choose to load the desktop version of the website. Which is less optimized but with current phones often works perfectly fine.

Maybe a future version of the app could have an option in the settings to view pages as the desktop version (that keeps the layout but might be less optimized?). 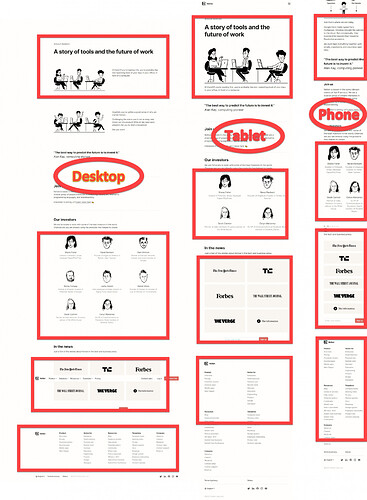 @michaellw Agree. Can probably be fixed with some CSS.

Currently the CSS seems to simply stack all columns whenever mobile is detected, regardless of column configuration/size.

It should have at least a couple of rules for how different configurations of columns should show for certain screen widths.

With [Custom CSS](Custom CSS), users could even decides themselves where these breakpoints are.

These are good examples and points, but of course doing layout in Anytype is more complex than just a simple web page. Hopefully they can figure out a good way to allow for multi-column on mobile. But I think it’s important that no one here has yet provided an example of another block-based tool that does what you’re asking Anytype to do. If it was as simple as just using the CSS you’re pointing to, don’t you think someone would have done it by now? Craft seems to come closest, but only some object/block types can be shown in columns on mobile, and I would guess this is partly because it is easiest to sensibly transform them and have the result still look and function well (you just scale them; you can’t do the same with text, much less more complex formatting).

@Oshyan True. I’m assuming what we see is html+css. Not sure if that is the case.

@Oshyan I’m glad that you also think this is an important thing. This is about user experience. User experience is extremely important to a product, especially for someone like me who “judges product by appearance”. (Just kidding