A good example of semantic network implementation in TheBrain app:

Also a good option for implementing the semantic network in the obsidian.md app: 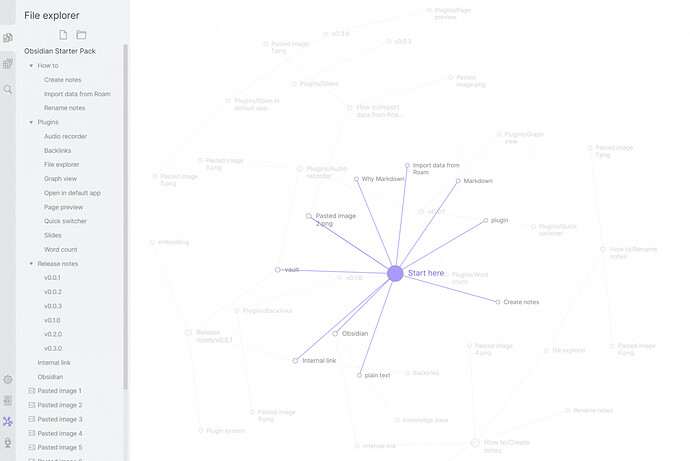 And in this link in the upper right corner is an interactive semantic web that you can interact with in real time:

Moreover, I want to be able not only to view workspace as a semantic network, but also to edit it:

I think it will be convenient if there is an original semantic network that cannot be edited, and you can simply create duplicates of it, which can already be edited.

I also want the operations of moving elements across the semantic network to be somehow automated. To make it easy to arrange elements at an equal distance, in the center, and everything in this spirit. So that the program itself arranges everything as it should, or helps to do it, and you can focus on work, and not on moving the elements in the right way.

For example, if I have a main element in the semantic network, and I create two new elements originating from the main one, I want them to be automatically located immediately at an equal distance. And when the third element is added, it will also squeeze into these two, and there will be the same distance between the already three elements.

I can’t find examples of this feature of Photoshop, but if you create several layers in it, place some elements on it, and just try to move them around the canvas, you will understand what it is about.