A feature that I personally have missed in Notion is a rendered markdown block. This block would work similarly to the LaTeX block, instead of using latex code you could add markdown code and it would be rendered on the page.
If pandoc would be supported it would be even cooler!

I use this sometimes, for example to draft a bug report that I will then later copy paste to github. It is useful to have this backed up in my personal knowledge base, and having it rendered in AnyType would be useful.

Eventually it would be great to have customizable settings app-wide for WYSIWYG or WYSIWYM, or even have different note/page types for custom templates to specify syntax, etc.

In the meantime, does typing within a codeblock set to md syntax suit your needs? it definitely doesn’t format like most markdown editors, but it may copy/paste cleanly. 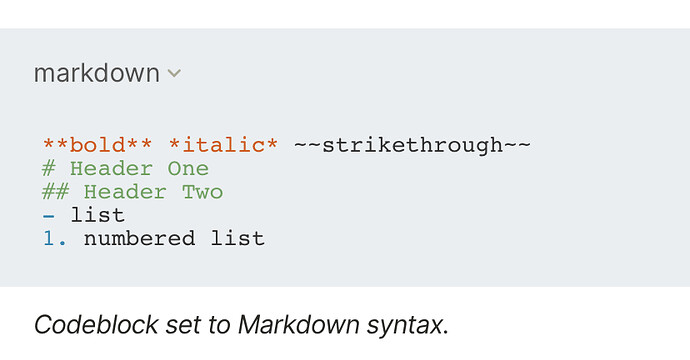