Pasting text to other text editors have bad indentation

Describe the bug
When copying multiple paragraphs from anytype to other editors the indentation is not correctly copied. Points on the same level gets indented more than they should be (pasted text looks like a staircase). Either this or pasted text doesn’t get indeted at all (everything is at the same level). It looks like the latter case is happening with pages created with recent version of anytype while the former happens with pages created with earlier versions. Not the case. Happens randomly

To Reproduce
Create a page, write text like below: 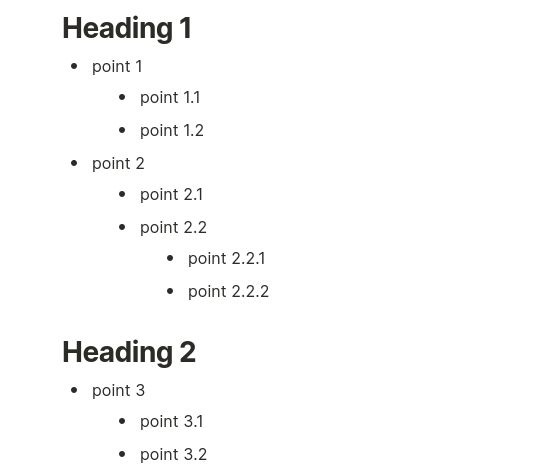 Select all the blocks, copy it and paste it into other text editors (libre office, google sheets, gmail)

The pasted paragraphs are at the wrong level of indetation. Bullet points and headings get indented badly. 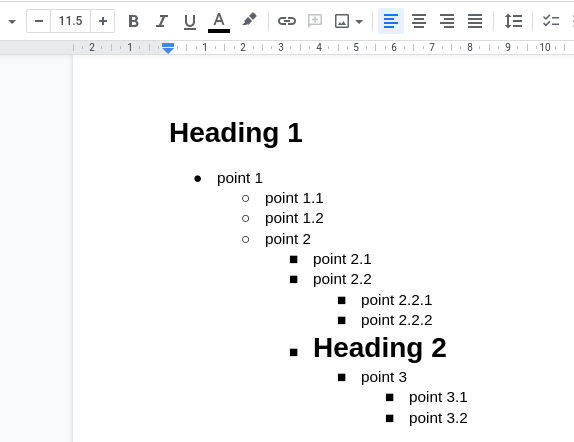 Expected behavior
The paragraphs should be indented as seen in anytype

@hungryseashell Thank you for your notice! It has been added to the bug tracker

Describe the bug
Copying-and-pasting either a Numbered list or a Bulleted list with multiple levels of indents will result in the indent levels being incorrect once being pasted into other text editors. I’ve confirmed that some text editors which exhibit this issue include Google Docs, TextEdit and Pages.

It appears if the indent levels can only go up (to the right), and never back down (to the left/outdent).

Expected behavior
I expected the indent levels once pasting to other document editors to be the same as what I’ve copied in Anytype. It is a small issue, but is one that adds onto the growing number of bugs related to copy-and-paste.

As I use Anytype for note-taking in an educational environment, I’m often required to upload my notes onto other platforms, namely Google Docs for submission. I frequently use bulleted notes with indents/outdents to organize information within a hierarchy, which is not preserved upon pasting to Google Docs, causing some inconvenience when time comes to submit and upload notes.

Additional context
Taking into account the growing amount of issues concerning copy-and-pasting into and from Anytype, I believe adding a tag for such copy-and-paste issues in the Discourse forum might help to improve organization.

I’ll also use this post to plug my other issue about images not being included when pasting from Google Docs into Anytype - it also causes some inconvenience for transferring content like worksheets, notes and other material into Anytype.