Notion Import: Include properties as relations

Is your feature request related to a problem? Please describe.
Sort of; Notion pages all imported as they are supposed to. However, all of the properties that I had created (and some that are standard in Notion and AnyType, like creation date) just show up as text in the objects page, instead of being set as a relation. Because I lost all properties, I also lost all relationships between the pages.

Describe the solution you’d like
Importing files from Notion may be better suited with something like an Import Wizard: when you import the file(s), it would ask if you would like to set the properties, or, rather, how to handle them. Alternatively, you could just assume that the user wants all of the current properties associated with the object, since many of us will eventually want to completely replace our other apps with AnyType.

Describe alternatives you’ve considered
If HTML import from Notion would be implemented, that may make things easier. Not sure there is another alternative though. 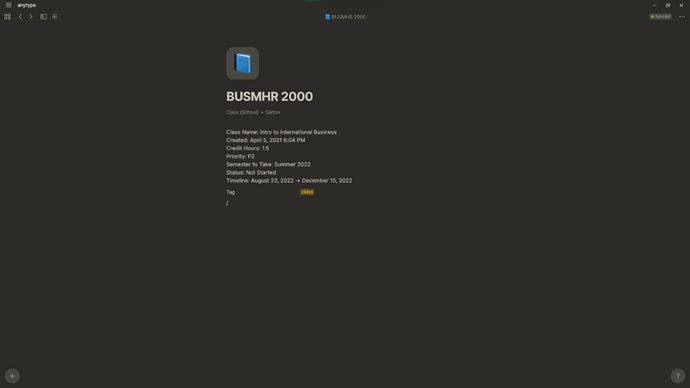 Hi, new user here. I just successfully imported my first set of pages from Notion. I fully agree with this comment, it is only marginally useful to import unstructured text. Also, it appears that all images are missing (unless I did something wrong)?

I really like this idea. Importing may have to be multi-staged where it parses one section of the import data at a time (lets say, everything from one group of data, like a database). If it was chunked out like that, the import could ask the object type, and ask which properties would dump into which relations.

This would be a time consuming process for massive imports, but it gives the importer some autonomy in how their data is handled and would certainly make the transition from one software to the other, much smoother.

That’s a great idea! I’ve loved the concept of AnyType with objects of different types and different relations (say properties), and started doing something similar in Notion: I have databases for certain entries like People, Projects, Books, etc., that have relations to objects in other databases.

This works much worse than it is supposed to work in Anytype, but I’m still concerned of data security in the alpha version, and some particularly irritating bugs like inability to delete existing relations and types. I am really looking forward to switching to Anytype as soon as possible, and the ability to move all my Notion data with relations hassle-free would be extremely great!