A useful opportunity for me would be to create a new type of pages. The type of pages on which it will be possible to place graphic elements, forming schemes, diagrams, mind maps and the like from them.

A good example of this is the Miro online service: 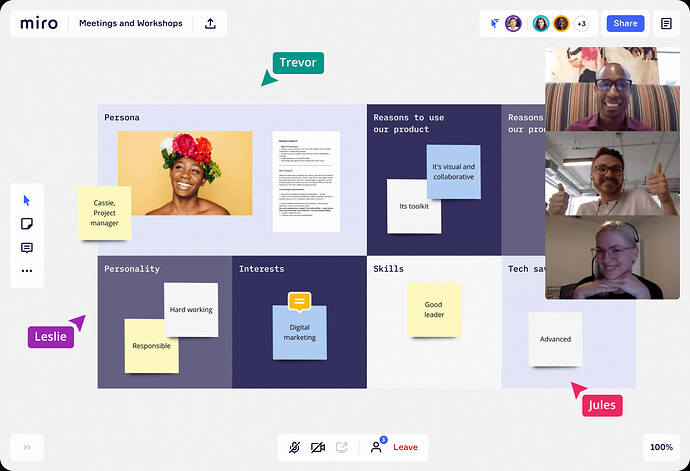 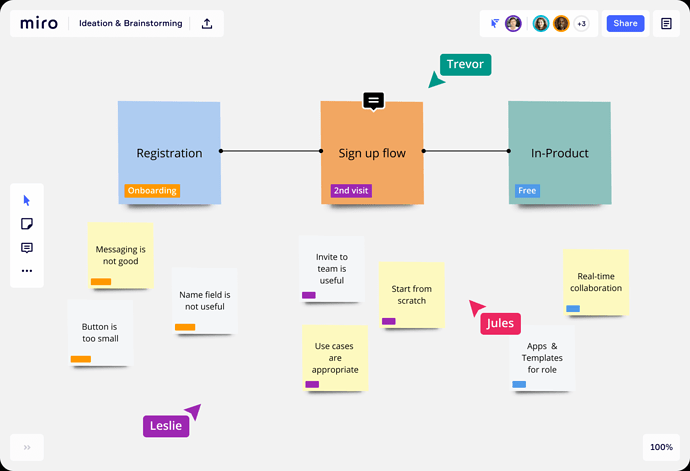 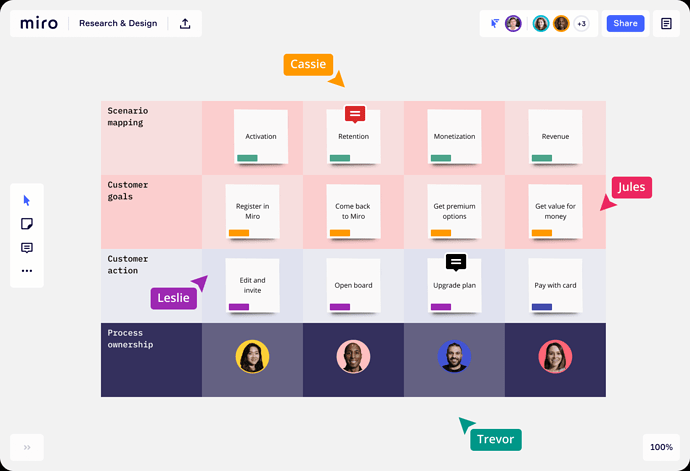 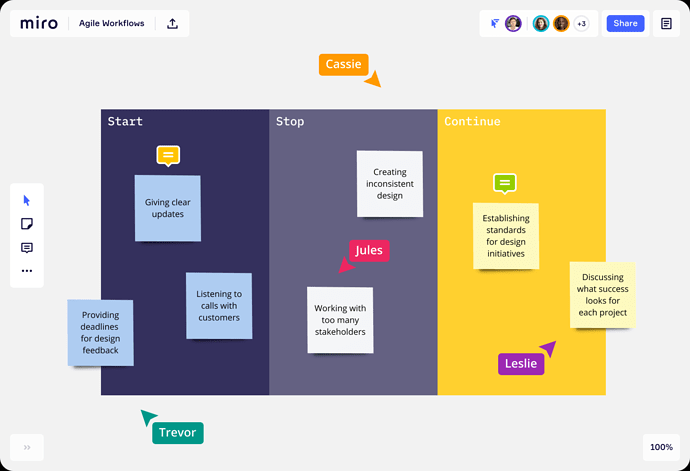 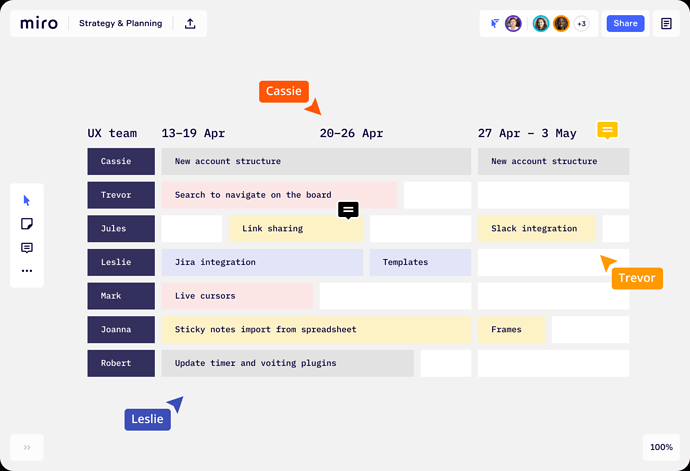 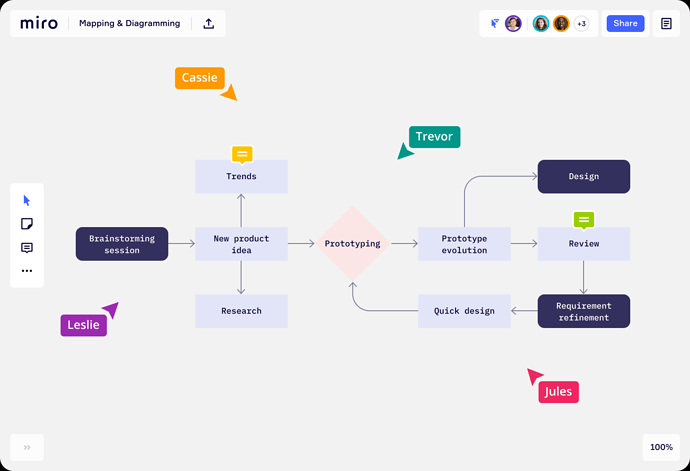 True, in Miro, special attention is paid to the possibility of user collaboration; personally, I do not need this opportunity. Basic functionality will be enough.

In principle, almost any graphic editor can be cited as an example. The necessary functionality is there.

And I would like to pay special attention to the process of moving elements around the workspace. In all MindMap programs, these processes are terribly inconvenient, they are not automated, and as a result, it takes more time to arrange objects in the workspace exactly and with the same distance than the work itself.

I also want the operations of moving elements across the semantic network to be somehow automated. To make it easy to arrange elements at an equal distance, in the center, and everything in this spirit. So that the program itself arranges everything as it should, or helps to do it, and you can focus on work, and not on moving the elements in the right way.

> For example, if I have a main element in the semantic web, and I create two new elements originating from the main one, I want them to be automatically located immediately at an equal distance. And when the third element is added, it will also squeeze into these two, and there will be the same distance between the already three elements.

> I can’t find examples of this feature of Photoshop, but if you create several layers in it, place some elements on it, and just try to move them around the canvas, you will understand what it is about.

I want to be able to do this in Anytype, because using multiple services is terribly awkward. If I use the same Miro, then I will not be able to link to any page in Anytype. And in principle, I want everything to be in one place, and not be scattered across several programs/services. It is not comfortable.

The only problem with Miro is that their Settings are too complicated to understand, I once had a whole canvas deleted due to not being able to understand if a canvas had me as the owner or not.

They surely make money, lots of it, but because there’s no competition against them. There’s no other platform (that I know) which makes exactly what the offer.

It would be quite useful if Anytype had some canvas feature.

If by canvas you mean infinite page canvas, then yes, that is being discussed, I believe Zhanna also mentioned this in one of the onboarding meetings, but is it going to be the same as Miro? I cannot really say.

I’d also use it. for visual planning of processes and storyboards, Anytype could replace another app (Figma, figjam, Invisison, Miro ect. and Milanote)

Same here, I currently using Notion and miro. Just wish I could have both functions in a single app.

Is infinite page canvas still being discussed and/or on the roadmap?

For visual and spacial thinkers, infinite—and nestable canvases would be a hugely useful addition to Anytype

See also Kosmik as an example of an infinite canvas and offline - they too respect privacy and seem very much Web 3.0 focused.

I mentioned earlier the Kosmik App and there’s a good webinar that provides more background. It is IPFS based, like Anytype, will eventually be open source like Anytype and may also have API’s. This is really the decentralized web in the making! Very exciting.

@div3xi is this still being discussed internally? I don’t see the feature on the roadmap, but it might still be on the radar.

Very curious about this as well. After having looked at tools like Muse, Kosmik, and Heptabase, I’ve decided that visual and spacial relationships are very important to me for my note-taking and ideation. If Anytype were to include such functionality, it would be perfect. Spacial representation of semantic relationships (a la Heptabase), as well as intuitive, non-semantic spacial placement and markup. And other combinations