Latex for Android does not correctly display chemical equations

Describe the bug
When a Latex block including a chemical equation (for example, \ce{C6H5-CHO}) is viewed on mobile, it does not render correctly, leaving just the raw string.

Expected behavior
I expected the Latex block to render as it does on desktop, but this does not seem to be the case for viewing Latex on mobile.

Additional context
It appears to only happen with chemical equations. Other Latex commands are rendered correctly on mobile. 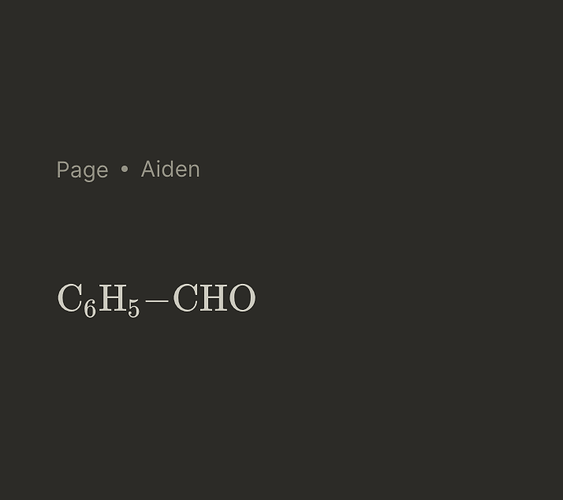 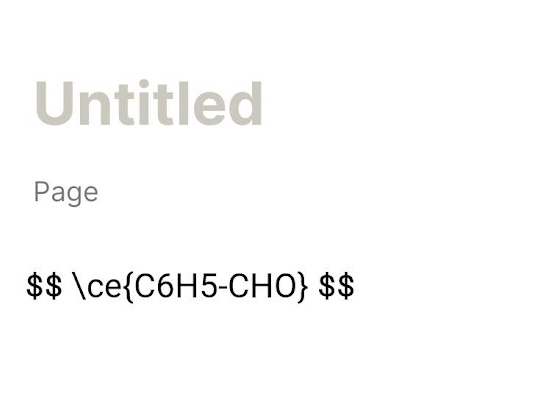 @eugene the topic below seems to be a potential duplicate:

LaTeX on android not working when input is bigger Bug Reports

Heya, I have written some notes for my linear algebra class but encountered a regarding LaTeX on my Android. The bug: I made some latex thingy thingies but larger chunks won’t render. I can see only the source text. There is no problem with smaller blocks tho. To Reproduce Make notes with LaTeX Open on Android See what comes out of it if the input is larger Expected behavior Small blocks are perfectly fine. Larger ones do not render - only source text is visible. System Information: O…

Could you comment on whether there are any (undocumented) limitations of /LaTeX blocks on Android?