Describe the bug
When you type a command in a LaTeX block, a command menu appears. This command menu sorts alphabetically, not by which command you typed, and pressing enter inserts the first command in the list. 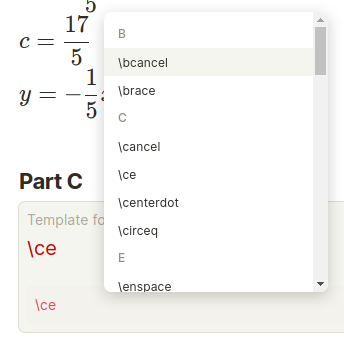 @minion Thank you for your notice, it has been added to the bug tracker