When outlining I like to move blocks around a lot, usually without leaving the keyboard (using CTRL+SHIFT UP/DOWN). Most of the time this works as intended. However in some situations it doesn’t when the blocks are nested. 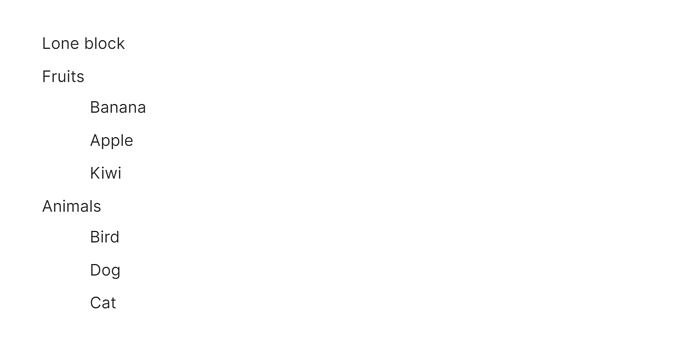 If I have the cursor on the “Lone block” and do CTRL+SHIFT+Down, it correctly moves it between the two parents below:

However trying to move it up immediately after this brings it inside the parent on top (and places it second to last among its children):

Also, in the original situation, selecting “Fruits” and trying to move it down (under “Animals”) doesn’t work.

There are some other funky behaviors similar to these, but I’m still figuring out the patterns/logic.

Was marked solved by div3xi.