See attached image. The issue is only visual – copying the text out of Anytype into another text field, the “i” appears as

normal. Only H1 and H2 blocks are affected.

The issue does not occur on Android. 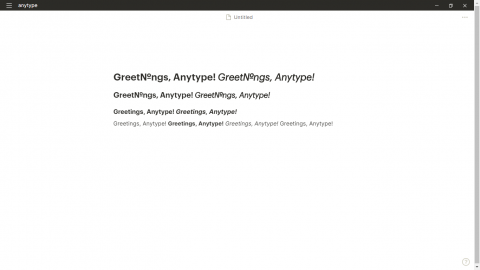 To reproduce: Create an H1 or H2 block and type the letter “i”.

Additional context: The computer is set to Turkish language.

The issue does not occur when the system language is English.

@DenizAksimsek Thank you for the notice! Can you write, Turkish was set as the system language or as the keyboard set? Also, did you copy from Anytype to Anytype, right?

Thank you for the response!

Turkish was set as the system language or as the keyboard set?

It was the system language. As for keyboard layout, I tried Turkish-Q and Turkish Alt-Q.

did you copy from Anytype to Anytype, right?

I copied to another app (Firefox URL bar). I also tried copying into Anytype. As long as it’s not inside H1 or H2, it displays fine. (Does H3 use a different font? I can’t tell)

@DenizAksimsek I changed the system language and change the keyboard set in Turkish-Q, but I can’t reproduce it. What windows 10 type do you use? I mean professional, home…etc. Also, do you still use Anytype 16.4, or now you use the last version(16.8) and it still reproduces?

@DenizAksimsek Did all that, no change.

I haven’t been able to get my hands on a different computer yet but the issue is probably with my device… it apparently happens on the Anytype website as well. There’s something about Lcg that my computer doesn’t like. 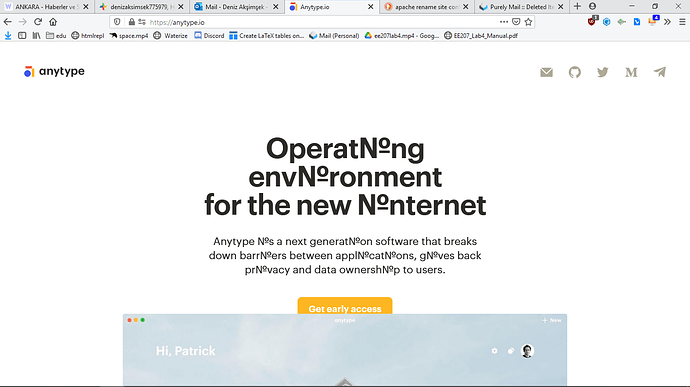 Update: on the website, setting lang="en" on the &lt;html&gt; element via devtools fixed it.

@DenizAksimsek If you open Anytype site in your mobile device browser, text in site displays normaly?

@DenizAksimsek It’s definitely something with your computer.

To be honest I don’t agree with problem belongs to Deniz’s computer. Because I have similar problem. Also I’m from Turkey too.

I use MacOS and Google Chrome.

I’ve missed this issue, I will check

I downloaded it but it didn’t work.

Yeah, I see, thanks. We do not use LCG in the app, but use it on the website.