Fails to create a project sets

Cannot create a set of objects as shown in the video
set-creation.mp4

Create a sets of projects when clicked on them

This happened with every type I tried on.

Hmm… Weird, I can’t seem to reproduce it.

Does restarting AnyType help? Or it keeps happening like you mentioned?
set.mp4

@Sedulous Restarting did not help. Also, It happens with every sets. This anytype appimage is updated directly from 0.18.58 to 0.19.0 automatically. It really happens as I posted in the video.

@Kirill_Lem You could take a look into this.

(Linux 0.19) When I create a Set of the type “Korpora” (a type that I created) I get a window of the Set but I cant see a table then 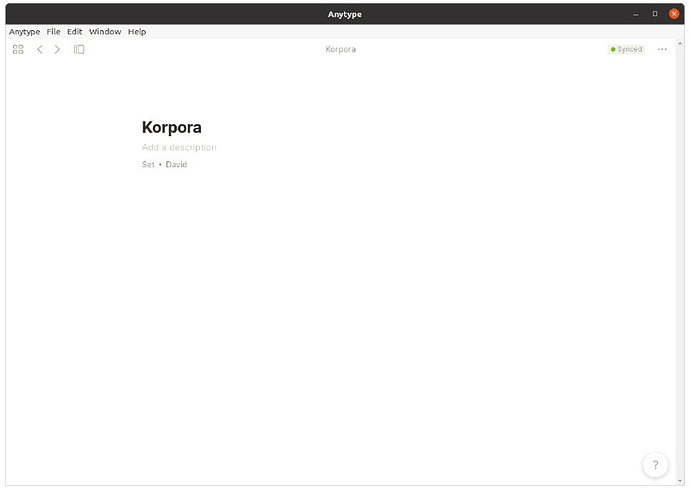 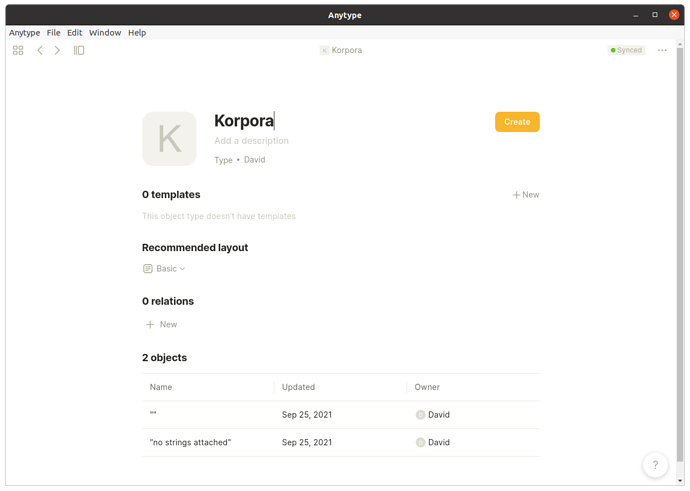 And also, two objects in the window of the set in the Library are listed tho: 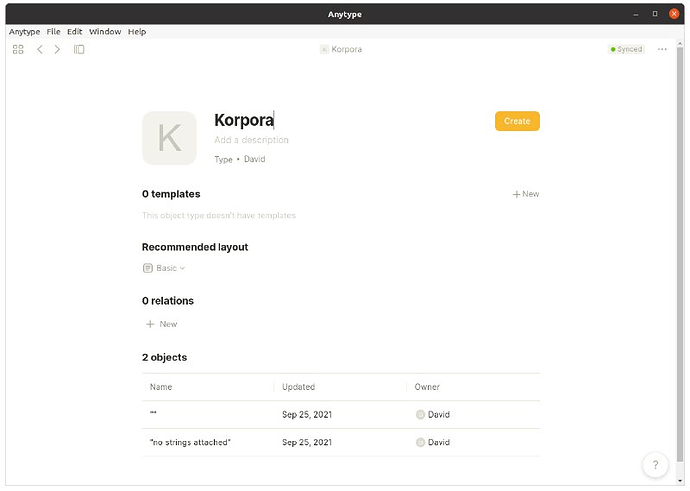 And I opened the Set from the Android App (0.31, Android 9) and the App crashed when opening that set. But not with other Sets that i already had.

I expected to see a table like in the other Sets that I have. 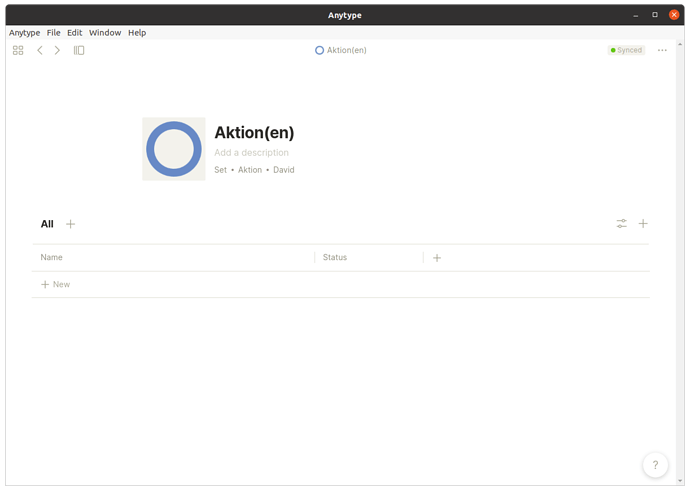 @div3xi This is same as the issue I created.

You could merge these both. This issue seems to be linux only.

Unable to create a set of objects of a type.

It doesn’t have any kind of interface I can use to create a new object. Basically, it doesn’t look anything like the Drafts set. An identical behavior happens for Anytype-provided types.

To be able to have a set of a specific type, just like the Drafts Set.

@turquiseblue And I opened the Set from the Android App (0.31, Android 9) and the App crashed when opening that set. But not with other Sets that i already had.

@Srinath Hi! Very sorry for the long answer, a can’t reproduce this bug in the latest version. Do you still have this problem?

@Kirill_Lem Yeah. It doesn’t seem to create the type in the set. And was shown untitled in previous versions. However in the latest version 0.20.9 it seems to make the name of the set created and on opening it it doesnot show any database table and the type is missing fron the link i.e set- type- me. After closing anytype and without internet reopening it makes the set go untitled. As @lynxlove said it seems to be happening only on linux

I’ve created a Type (Weekly Summary) and two objects with this Type. When I try to create a set, there is nothing in this set. 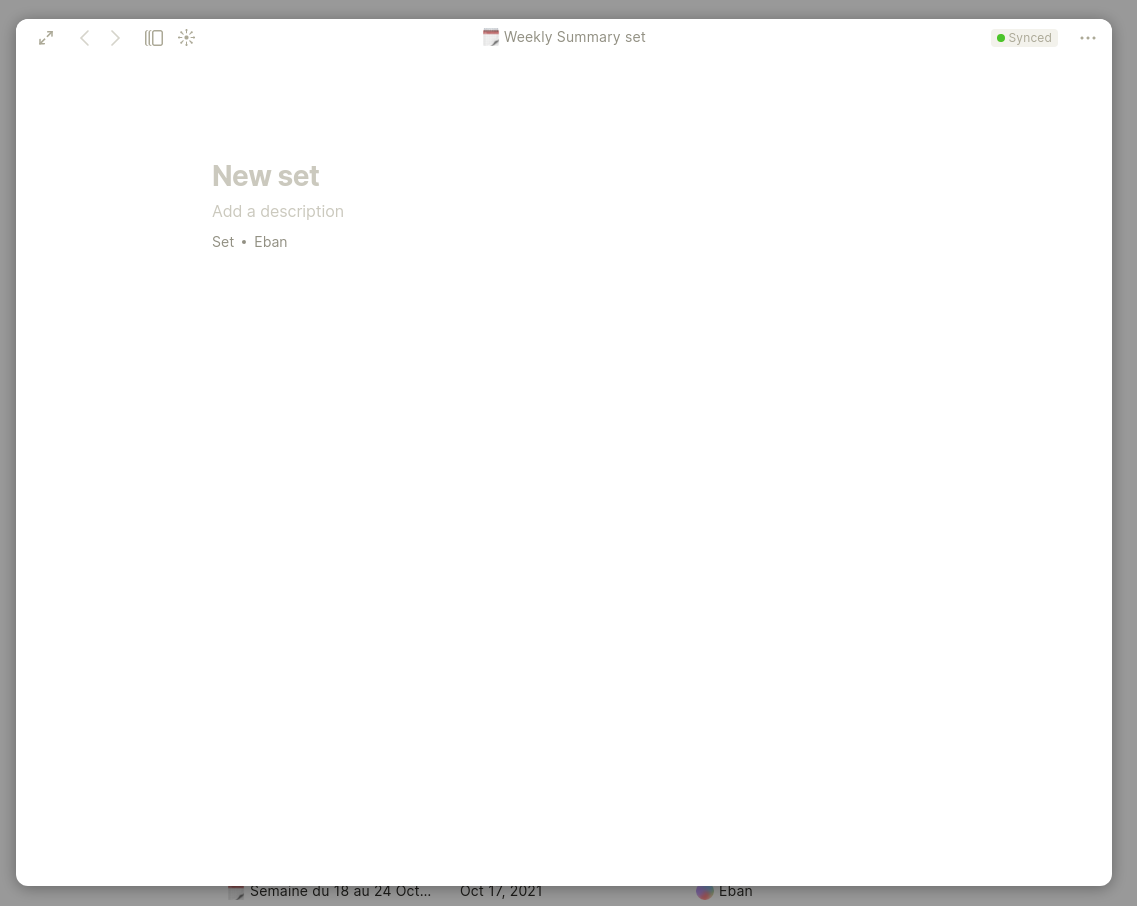 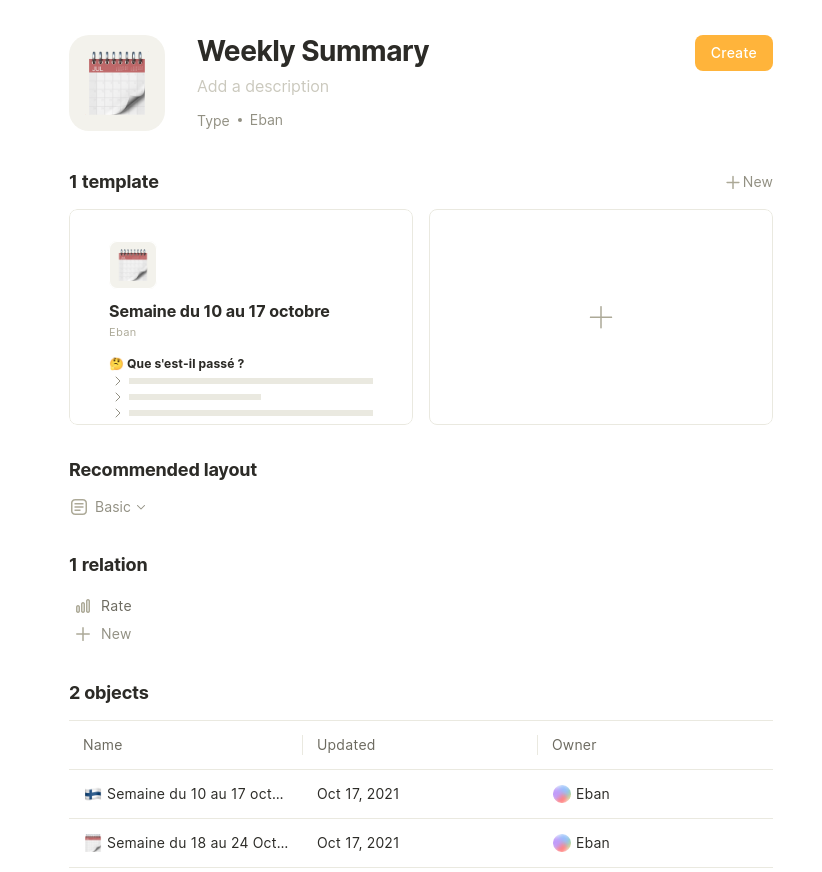 This is a bug and happens only on Linux AFAIK. Can you please kindly include your system information as well? BTW, [this is the link](Fails to create a project sets ) to the OG Bug Report. Sometimes, open the set after creating from the Android app fixes this for me, but sometimes opening the set from the android app crashes the app itself

Oh okay, here is my config : 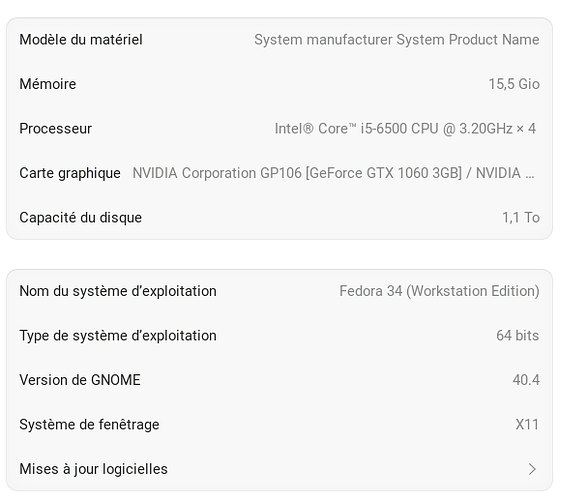 All in french, sorry

Makes sense then, only linux users are affected sadly