Describe the bug
When I copy and paste an image from a tool such as ShareX image editor or Windows Snipping Tool upon pasting it into the note it creates an object called image.png and shows 0B.

To Reproduce
Steps to reproduce the behavior:
Open ShareX editor or windows snipping tool and take a screenshot.
“Copy” the image to the clipboard.
Open a note in Anytype and Ctrl + V to paste the image into a new block.

Expected behavior
When pasting the image from the clipboard I would expect it to create an image block similar to how the “Picture” upload forward slash command works.

Additional context
If I try to open the 0 byte image.png object a preview window tries to load and it appears to hang the page. I have to navigate away from the page and back to it.

Here is a screenshot

I just started using Anytype yesterday and when I was playing around with it, also came across the above ‘issue’.

It’s possibly a bug, but I was able to embed the picture and it displays correctly. 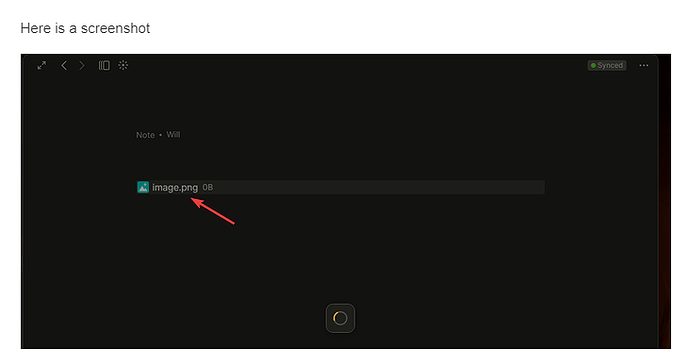 Then click on the + that highlights next to the object and go to Appearance > Show as embed: 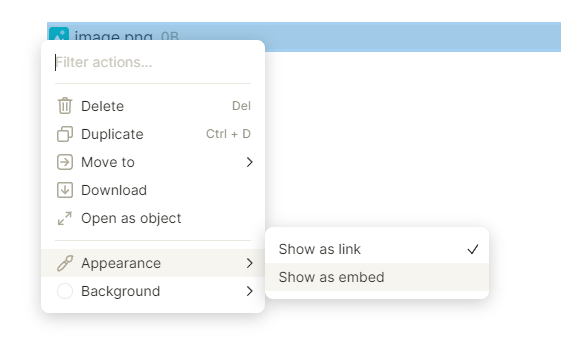 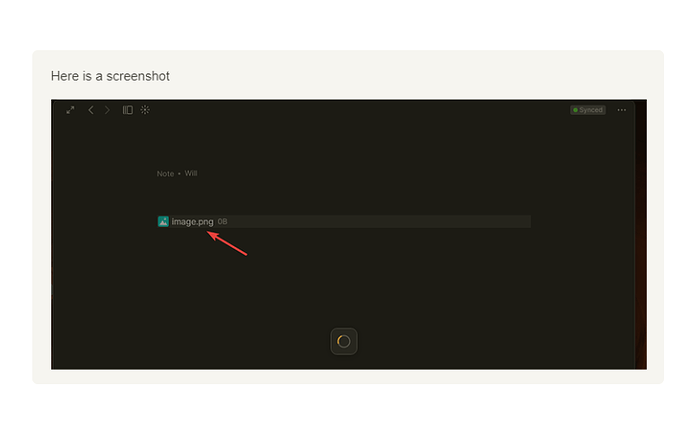 and when i click on the image, it shows up fine: 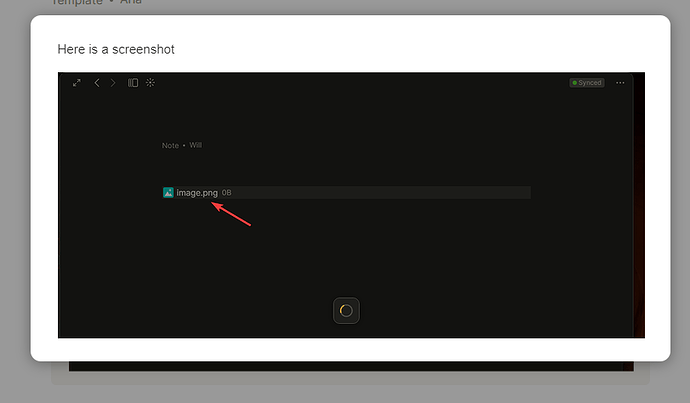 Ah yes, just tried that myself and can confirm the workaround right click > Appearance > Show as embed does indeed now show the images that I pasted in earlier.

So I suppose the “bug” is how the initial block is created & displayed and that after initially pasting you get the “loading wheel” when you click the object until you right click and show as embed.

at least it is actually creating the image object and that data is there behind the scenes.

@Wilberforce Thank you for your notice, it has been added to the bug tracker

Images are now embedded by default again in 0.25.0.