Closing the app only hides the foreground app 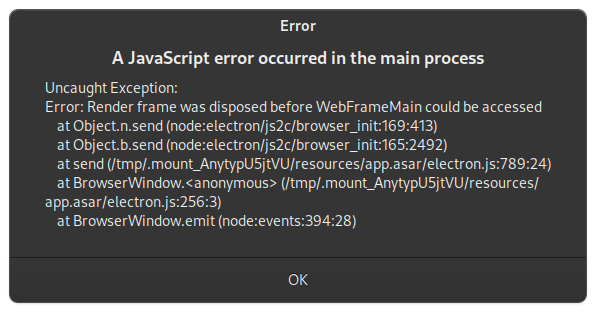 @lynxlove Thank you for your notice! It has been added to the bug tracker

I experienced the same behaviour, using the same OS, but using Anytype 0.21.5.

It happened after I left Anytype window opened all night long. This message was being displayed at the screen in the morning.

The error is not popping up anymore, however the issue is much more prevalent after the recent update (0.22.1). Closing the app leaves the background process running until it is manually killed. Opening the app again makes several instance of the app running in parallel 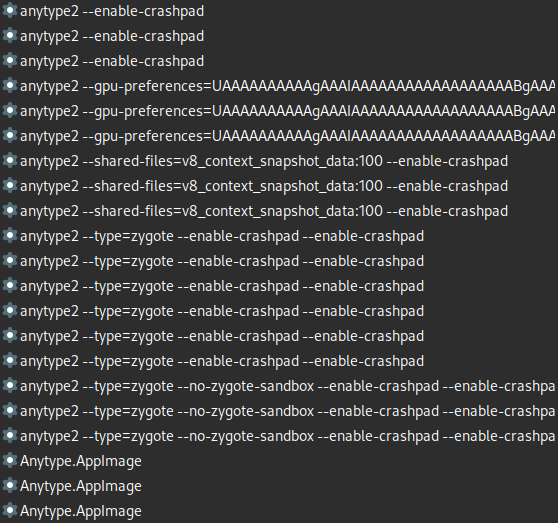 Describe the bug
When you close Anytype it keeps multiple processes running. These need to be closed via the task manager before you can open/use anytype again. If not closed, anytype stays black when opened.

Expected behavior
All instances of anytype should close when closing anytype. Anytype should open normaly when opened afterwards, without the need of closing tasks via task manager.

It seems to me the behavior when clicking close/X might be intentionally only closing the foreground application, although not expected by users, like mentioned here: Anytype minimizes when clicking on the close (X) in the top left - Bug Reports - Anytype Community. Maybe an unwanted side effect is that the application is either not gracefully closed (if my assumption about the developer’s intention is wrong) or not gracefully hidden.

i wonder whether there is any programmatic difference between the (many) ways to close Anytype: 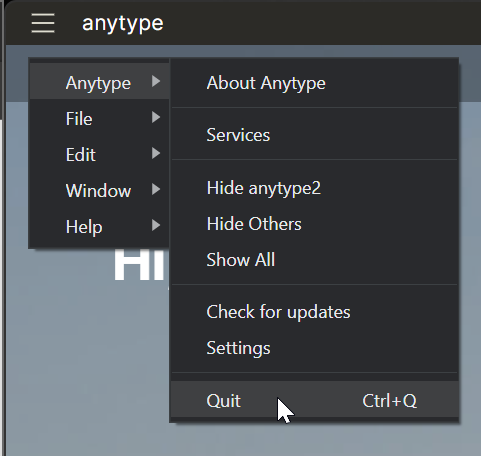 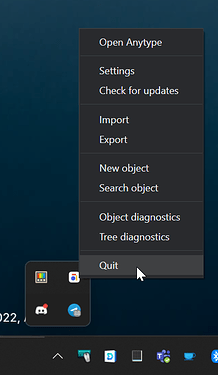 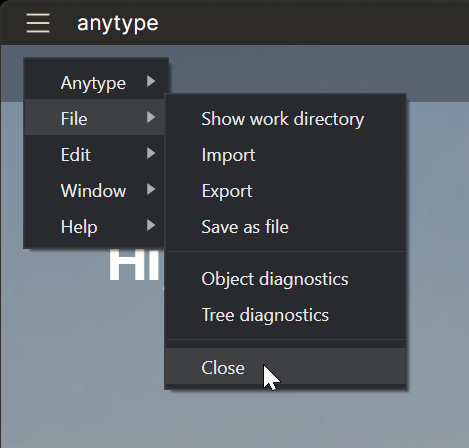 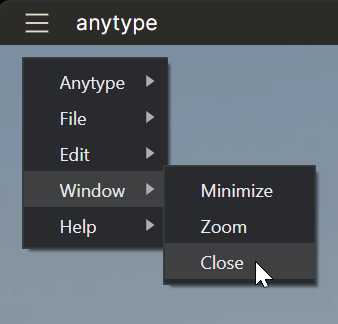 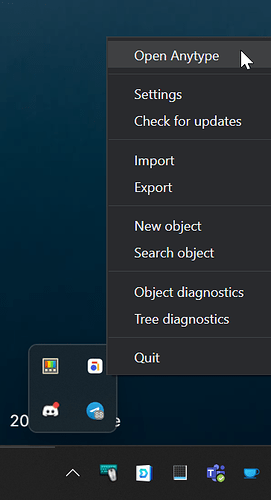 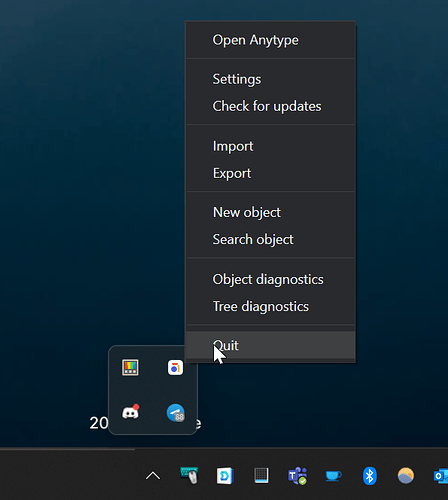 This seems to be resolved in Anytype for Windows 0.25.0.